Bedbugs can be found in all 50 states in the US. These insects are known to be problematic and can make sleeping in your home a nightmare. Infestations have become more frequent in many parts of the US, and has led to a lot of concern over these insects.

Sleeping peacefully can be difficult when you are worrying about bedbugs crawling over you or your family. Although bedbug infestations are still relatively uncommon compared to some other insects, it is believed that one in five Americans has either experiences bedbugs in their homes, or know of someone who has had to deal with these insects at home or in a hotel.

Those who live in urban areas and rent their homes are three times more likely to have run-ins with these pests. 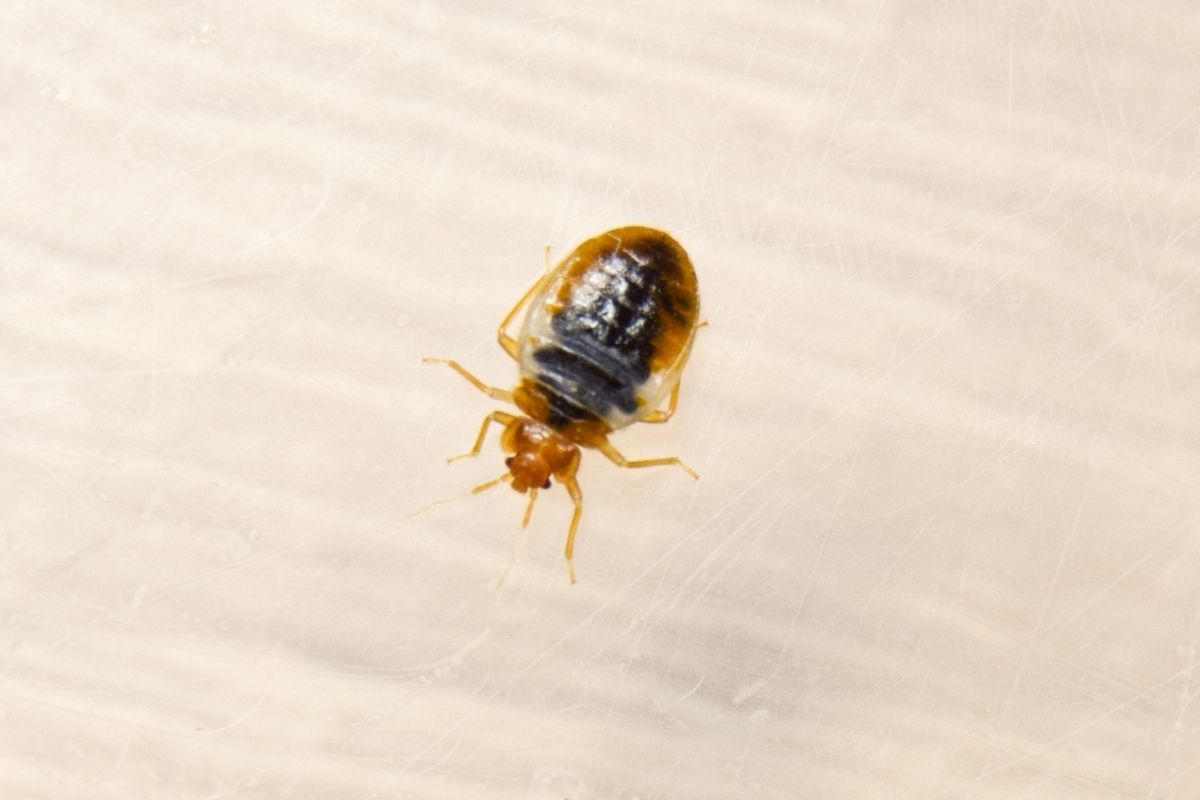 According to a 2011 survey on bedbugs, it was found that the majority of Americans who encountered bedbugs were in warmer states. The Midwest and South experiences more bedbug encounters than anywhere else, with around 20% of the population coming across these insects. No matter where you live in the US, however, you can still come across these pests.

Because of this, it is important to know what to look for when you suspect a bedbug infestation, as well as how to deal with it.

In this section, we are going to go through what bedbugs actually are and what they do, as well as how to identify and deal with infestations. There are a number of things you can do to avoid bedbugs from coming into your home, and we will also go through these towards the end of the post.

If you have problems with bedbugs, or know someone who does, this post will tell you everything you need to know.

Before any work begins, you will receive a quote after inspecting the pest problem.

The best pest controllers offer a guarantee on their workmanship for your peace of mind.

Bedbugs are small insects that are reddish-brown. They are parasitic, and rely on humans for the food. These pests will bite any exposed skin of sleeping people to feed on their blood. Although they can also feed on the blood of animals, humans are typically easier targets due to easy access through furniture, and softer skin.

Before feeding, adult bedbugs have apple seed sized, flat bodies. Once they have fed and gorged themselves with blood, their bodies swell up and appear red.

These pests cannot fly, but can run over surfaces at an impressive speed. Before reaching maturity, the inmate bedbugs (nymphs), will shed their skins five times. These young insects have to feed before they shed their skin each time, meaning that when the females lay hundreds of eggs across their lifetimes, their young will feed many times before maturing.

When they live in suitable conditions, bedbugs can develop and reach maturity in a month.

What Harm Can They Do?

Since bedbugs feed on blood, they can cause itchy welts wherever they feed. These welts resemble that of mosquitos, but have distinct differences to flea bites, which typically occur around the ankles. With bedbugs, any area of skin that is exposed while sleeping could be a bedbug’s next meal.

Many people think that bedbugs spread disease, but there is no evidence for this. The bites from bedbugs are a nuisance, but there is thought to be no danger to them besides the discomfort and itching. You do not have to worry about diseases being transmitted to you if you have a bedbug infestation.

Where Do They Hide?

Unfortunately for us, it is very easy to get bedbugs inside the house. They can enter through clothes, second-hand furniture, and even luggage. Because of the flat shape of their bodies, they can easily remain undetected and fit into tiny spaces to be transported to their next home.

Unlike insects such as bees and wasps, bedbugs do not have nests, but rather stay in hiding places in groups. These hiding places are usually places like bed frames, mattresses, headboards, and box springs, since they have easy access to sleeping humans that way. As time passes, however, they are likely to spread all over the room to anywhere else that is hidden and protected.

They could also move to different rooms in the house, or if you live in an apartment complex, different apartments.

Bedbugs are not a sign of unhygienic practice or dirtiness. Since these insects survive on blood, the cleanliness of the environment plays no role in their presence. You are just as likely to find bedbugs in luxurious and clean spas and homes as you are in messy, disorganized ones. 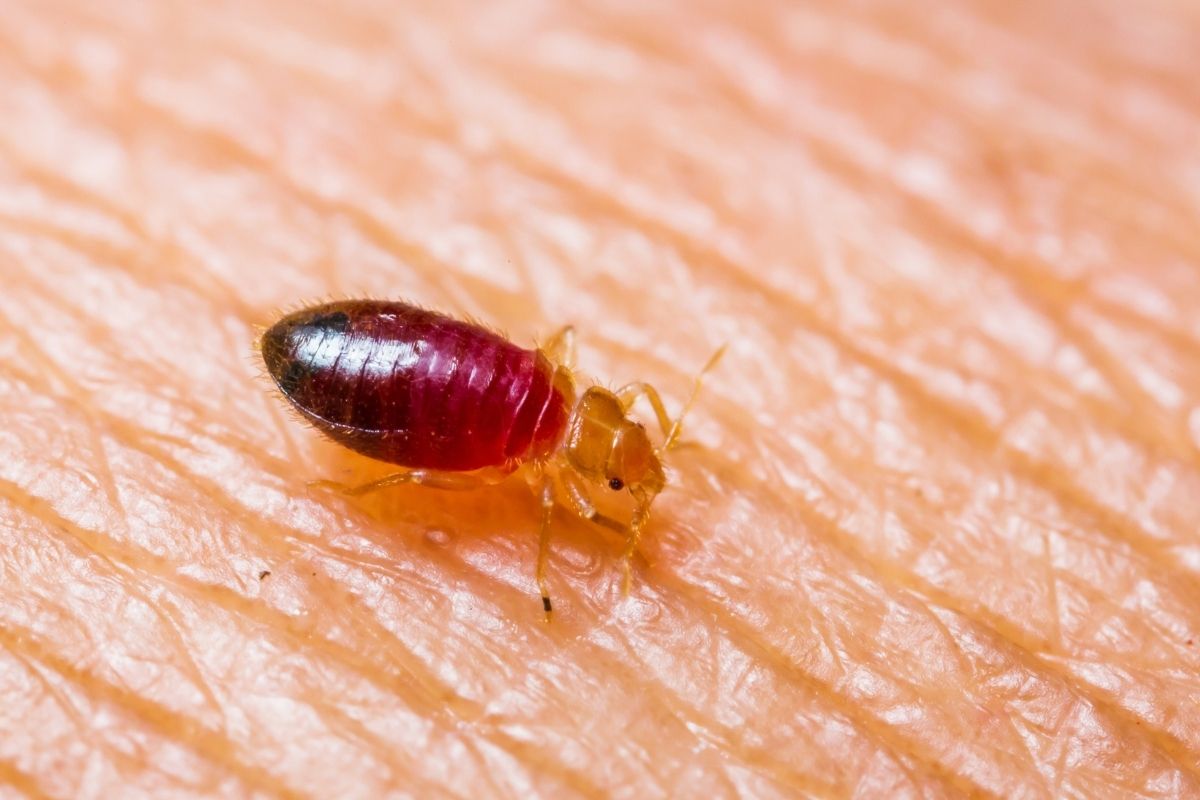 In order to identify a bedbug infestation, you will have to see the bugs around the house and be bitten. There are no other signs that they are infesting the property, as they only usually come out at night and are rarely seen by people.

Bedbugs are attracted by blood and shelter. Blood is their only source of food so, if there are warm bodies available to feed from, they will make use of them. However, there are things we can do to reduce the chances of bedbugs picking your tome to live in.

How To Avoid A Bedbug Infestation

There are no steps you can take to avoid bedbugs from coming into your home like you can other pests. As these insects are drawn to homes by humans and their blood, all we can do is keep an eye out for any signs of infestations. While there are things you can do to reduce the chances of experiencing problems, these are not fool-proof methods and could still result in bedbug infestations.

To help reduce the chance of having issues with bedbugs, you can:

To avoid spreading bedbug infestations, you can:

You can try treating a bedbug infestation yourself. However, if the issue gets worse or does not get resolved, call in the professionals. We will be able to solve your problem, so you will never have to worry about it again.

Non-chemical treatments you can try to include the following:

Chemical bedbug treatments you can try to include the following:

You should NOT use:

Food and pool-grade diatomaceous earth are made from the tiny fossilized remains of diatoms (aquatic creatures). As this can be harmful if inhaled, it should never be used to combat a bedbug infestation. There are pesticide versions of diatomaceous earth available, which uses larger diatoms. These larger diatoms are less hazardous as you are unlikely to breathe them in.

While these at-home methods can help your situation, they may not solve the problem entirely. There is a good chance that some bedbugs will escape and continue to be a nuisance to you. Professionals have the equipment to deal with these infestations and eradicate the pests from your home entirely.

Because of this, it is likely that the need for professional pest control services will be required to solve your problem. 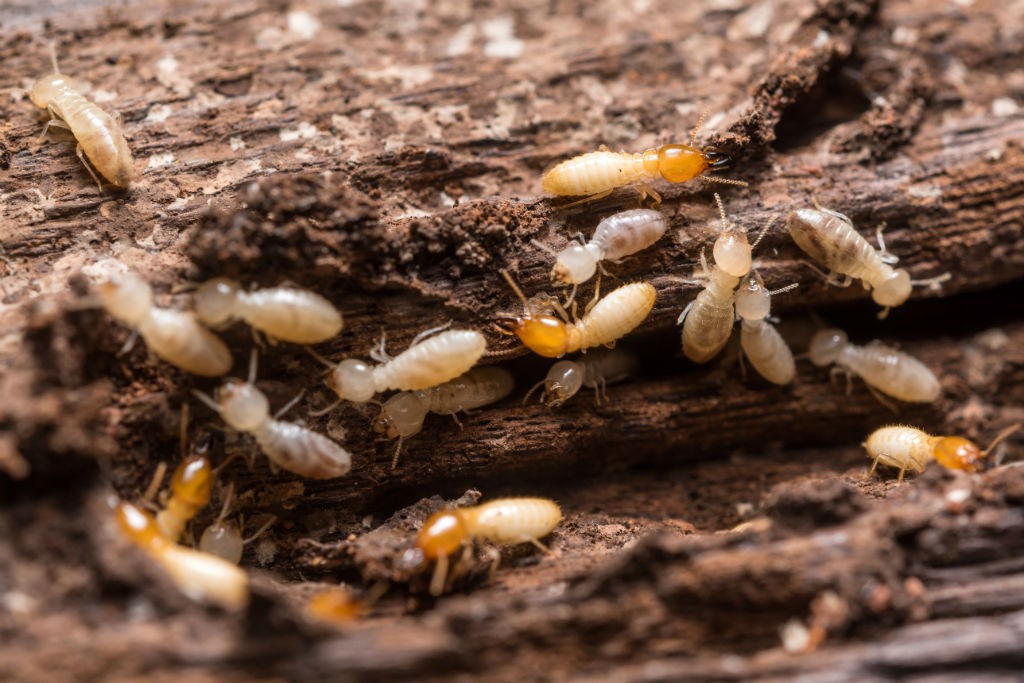 Termites are highly destructive pests you want nowhere near your home! Avoid damage and get peace of mind with termite inspection, treatment and prevention services. 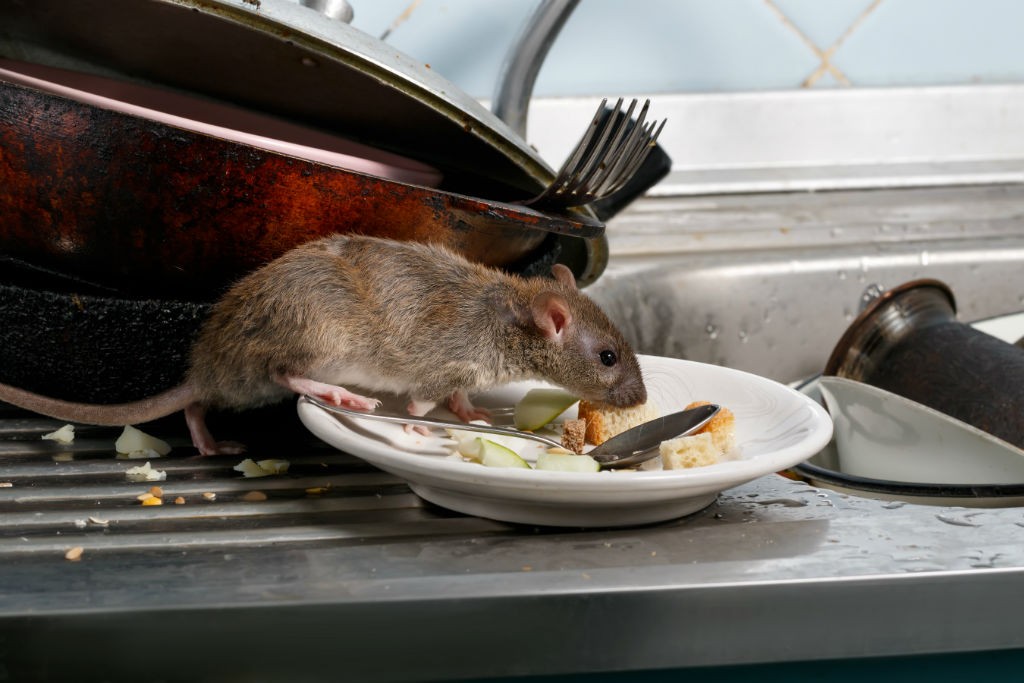 Don't put up with rats and mice spreading filth and disease. Local rodent control experts know how to eliminate rodents from your home and business in no time so you can get back to the things that matter. 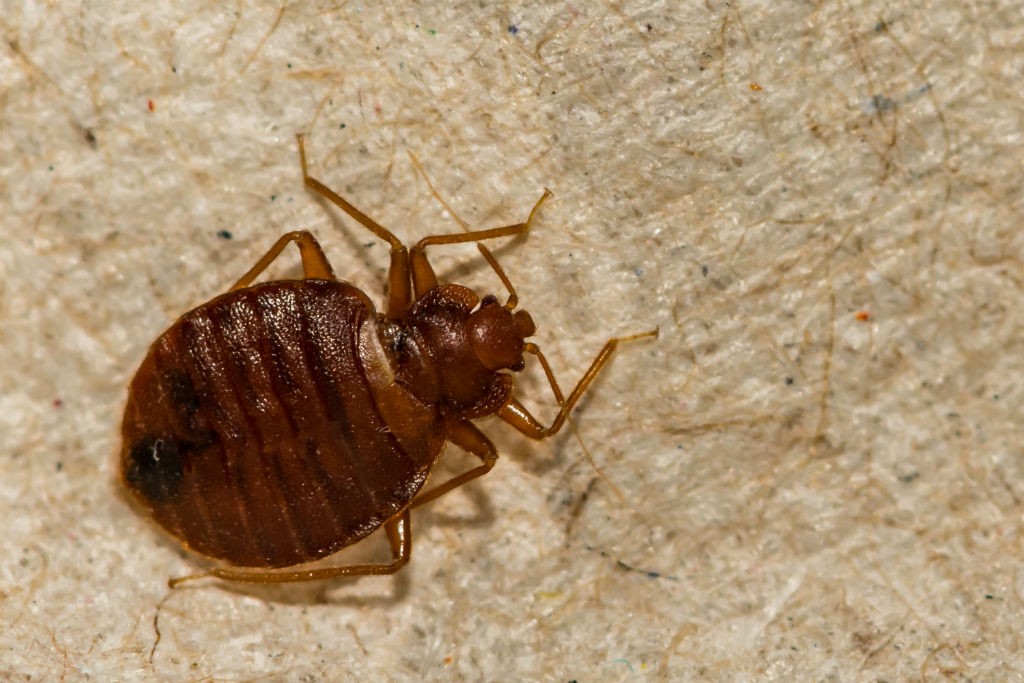 Do you have a bed bug infestation? Contact a professional for bed bug control treatments to get rid of bed bugs with confidence they won't return. 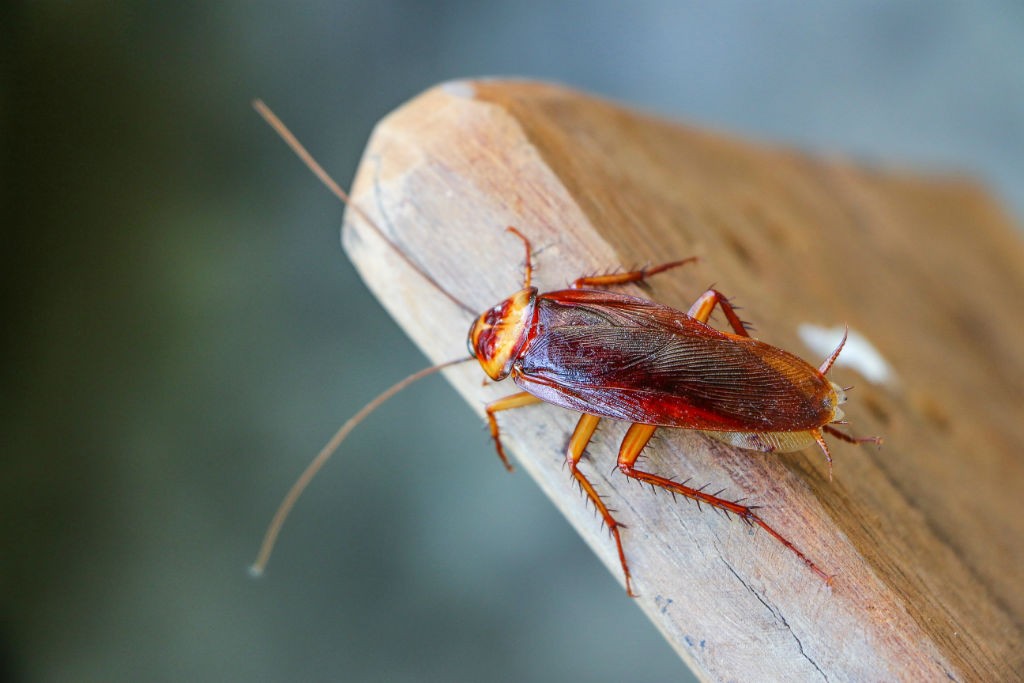 Protect your home from cockroaches with safe and effective roach control treatments. For the right solutions reach out for a pest controller near you and get rid of cockroach problems. 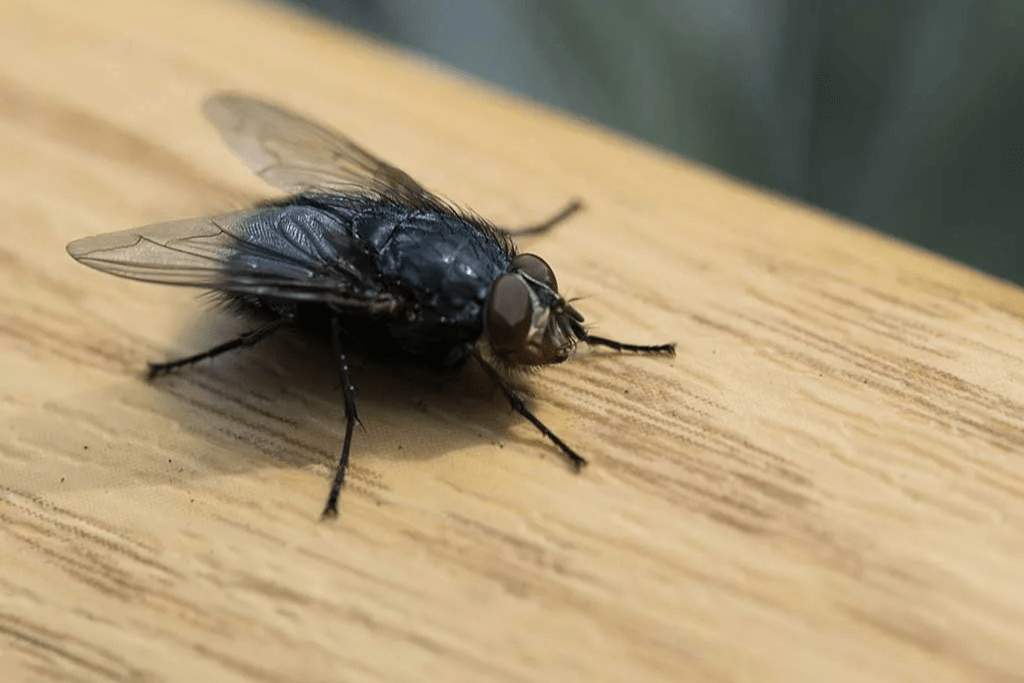 Fire ants, black ants, sugar ants - they all have one thing in common. They're no match for an experienced ant exterminator that can kid rid of ants and their nests. Whether you have ants in your home, restaurant, or office building, you can count on local expertise. 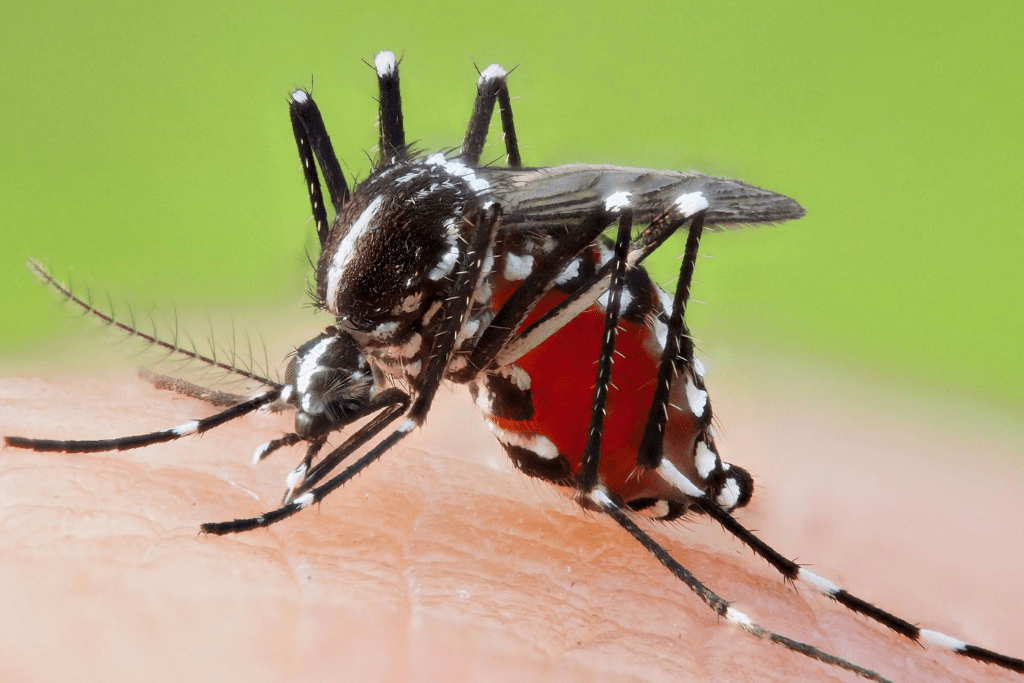 Are annoying mosquitoes spoiling your backyard or outdoor area? Effective mosquito treatments to reduce and control their numbers are best done by the experts - the best pest controllers near you! Get a quote and enjoy your outdoor lifestyle once more!